We use cookies on this website. By using our website you agree to the usage of cookies. More information on how we use cookies and how you can change your browser settings:
settings Privacy Policy
Cookies are small text pieces, which are saved by our browser. Persistent cookies are available on following visits even if you close your browser in between. We use cookies to be able to connect a shopping cart to your browser session and to set your language, currency, shipping country and more based on your once chosen preference. In most browsers you find dedicated cookie settings where you can view and delete cookies.

Cannabinoids and their effects 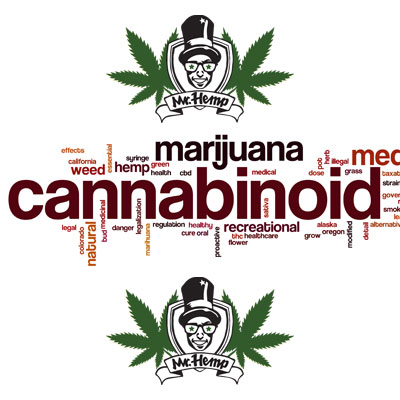 The various cannabinoids and their mode of action

Effects and healing effects of cannabinoids have not yet been fully scientifically proven and therefore cannot be promised.

The following cannabinoids are the most well-known and their possible mode of action is described in detail here.

What role do cannabinoid receptors play?

When cannabinoids from the cannabis plant are increased, they can bind to the two receptors and thus trigger different effects. These effects depend on which receptors they bind to.

The THC is the most researched cannabinoid and is awarded a psychoactive effect.

THC can have different effects and depends on physical and mental condition. The concentration of THC also plays a major role here, of course. THC can bind to both CB1 and CB2 receptors.

Tetrahydrocannabinol may have an impact on the psyche with a well-being, euphoria and increased sense of perception. But it can also trigger anxiety.

THC can also affect the thinking and language process, which can lead to increased concentration and increase creativity.

The THC usually has a relaxing effect on the nervous system and can also relieve pain.

The blood vessels can be dilated and it leads to increased blood pressure. THC can have an anti-inflammatory effect on the immune system and also has an anti-allergic effect. When ingested, the conjunctiva of the eyes usually occurs and the intraocular pressure is reduced.

Tetrahydrocannabinol can also relieve feelings of nausea, stimulate appetite and mitigate some forms of cancer.

This is a cannabinoid acid that does not have a psychoactive effect.

Tetrahydrocannabinol acid can have a positive effect on conditions such as Alzheimer's, multiple sclerosis, Huntington's disease, and Parkinson's disease. In addition, the cannabinoid acid should have a antispasmodic and nerve-protective effect. THCA can also help with obesity as it has a fat-reducing and appetite-causing effect.

THCV has a similar structure to THC and has an agonizing effect on the CB1 receptor. However, it can bind to both receptors. This is also a psychoactive cannabinoid.

THCV can have anti-inflammatory and even anti-epileptic effects. In addition, it can have a antispasmodic and nerve-protecting effect. THCV can also help with obesity as it has a fat-reducing and appetite-causing effect.

It can have antiseptic and analgesic effects on the body. Other possible effects include antidepressant, deconvulsive, antibacterial, sleuthing, anxiety-relieving and anti-inflammatory effects.

The CBC is that the third most abundant cannabinoid found in the hemp plant and also does not act psychoactively.

CBC can have pain relieving in conjunction with THC and have a calming effect on the body. Antidepressant effects and effects against antibiotic-resistant germs are still being discussed.

However, cannabichromen can have a bone-building and regenerating effect.

Cannabinol is found in very young cannabis plants and has an intoxicating effect. It has a slight psychoactive effect and has a faintly antagonistic effect on the cannabinoid receptors.

CBN can have a calming, antibacterial and eye pressure lowering effect. It can also stimulate appetite, reduce inflammation and pain, and even have an anti-asthmatic effect.

Cannabigerol does not have a psychoactive effect and is mainly found in young cannabis plants.

In CBG, it is thought to be docking to the CB1 receptors and antagonistically affecting the different cannabinoids.

It can have anti-inflammatory effects on bowel disease and also help against nausea. In addition, CBG can have an antibacterial, eye pressure lowering and also pain-relieving effect.

Possible effects of cannabigerol are also antifungal and antidepressant effects. It can also help against psoriasis and exhibits anti-tumoral properties.