We use cookies on this website. By using our website you agree to the usage of cookies. More information on how we use cookies and how you can change your browser settings: Privacy Policy.
settings Imprint
Cookies are small text pieces, which are saved by our browser. Persistent cookies are available on following visits even if you close your browser in between. We use cookies to be able to connect a shopping cart to your browser session and to set your language, currency, shipping country and more based on your once chosen preference. In most browsers you find dedicated cookie settings where you can view and delete cookies. 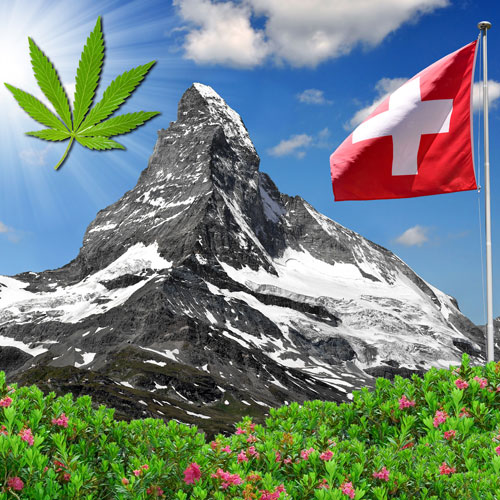 In Switzerland, hemp was used as a raw material for food and medicine many hundreds of years ago. The use of hemp was rejected by the church at the time and strongly opposed, yet the cultivation of cannabis and its use has survived to this day.

Since when is hemp used in Switzerland?

Hemp was already used by the Celtic, Romanesque and Germanic tribes as food and textile fibres thousands of years ago.

Pollen grain Analysis in the year 1996 has found that cannabis species have existed in the low regions of Switzerland for about 6,500 years.

It is believed that the cultivation of cannabis began when the plant was first found and discovered by indigenous tribes.

Until about 200 years ago the cultivation of cannabis and other crops remained high, after which there was a decline of these plants due to the industrial revolution, because the farming was replaced by the pasture farming.

Only a few years ago, first finds of cannabis, which are visible to the naked eye, were found in the northwest of Switzerland (Canton Jura). These probably date back to the 6th century. Even then, the trade of hemp products, such as clothing and papers, was carried out through migrations and wars.

Hemp was also used in medicine to treat, for example, burns, pain or even the plague.

Hemp in the Middle Ages

In many parts of Europe hemp was grown and processed until the 15th century. Thus, Switzerland was also known for its cannabis industry, which played a major role in the economy at that time. At that time, the use of cannabis and also of other plants, due to their intoxication, was fought by the Church, as this effect was equated with witchcraft.

Hemp was also used as a medicine and in herbal studies. There are some of the most recent herbal books published in the 15th century.

Many years ago, hemp was also used in Switzerland to celebrate the Germanic goddess Freya. Thus cannabis found its use in various traditions in various Germanic peoples. Until the 19th century, cannabis was used according to research, in various rituals. In all these years, the use of the hemp plant was opposed and rejected by religion. Hemp was banished as a devil's and witch's remedy. Nevertheless, the traditions associated with hemp have survived in Europe to this day.

Hemp was banned for the first time in Switzerland, by the Narcotics Act in the year 1924.

Hemp is still used and grown in Switzerland and Europe, despite the strict legislation. In the year 1995, the cultivation of hemp was allowed without special permission, in Switzerland by the Federal Office of Health, as long as it is not used as a drug.

With the introduction of cotton in the 20th century, there was a big change. Cotton was considerably cheaper and the processing was easier than that of cannabis. As a result, hemp products were replaced by the market for the first time.

In the year 2012, the Narcotics Act was amended in such a way that the possession of up to ten grams of cannabis, not classified as a criminal offence, was treated only with a fine of 100 Swiss francs.

The legal ban on hemp consumption is handled in different ways in different regions of Switzerland and is even very weak in many regions.

In the 60 years, hemp became a symbol of peace. Everyone who smoked cannabis protest against the conservative and bourgeois lifestyle.

In the 90 years, many Hanfläden were opened in Switzerland, which sold various products from cannabis. These were also known to have secretly sold hemp packets.

There were several arrests and so many of these Hanfläden were closed again. To this day, however, there are still hemp growers in Switzerland and many Hanfläden are still in operation.

Today, hemp with more than 1.0% THC is banned in Switzerland, further the possession of up to ten grams of cannabis is not considered illegal and is not counted as a punishable act. However, a fine of 100 Swiss francs will still be awarded.

Cannabis use is becoming more and more strong in Switzerland, and legalization is also being done. About 30% of all young people in Switzerland consume cannabis on a regular basis. Opponents of the legalisation of cannabis claim that cannabis use has a greater impact on crime and immigration rates and are therefore against the hemp trade.